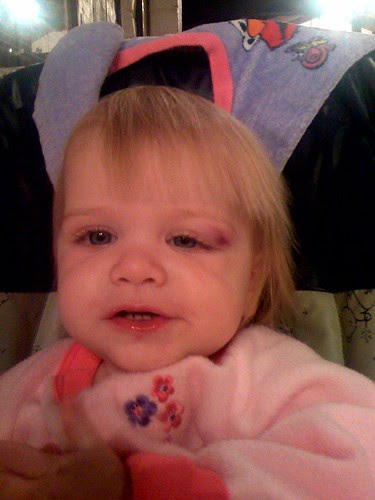 At some point in the late afternoon while the whole family was playing around the house, Zack came up to us and said, "Guys, don't come in the family room. It's a surprise." So we all kept to other parts of the house, but were reminded by Zack a few more times. I was curious as to what he was up to, but he sounded excited. Well, at some point we needed to come into the kitchen which was near the family room, and discovered what he was up to. Zack had found his bag of Halloween candy (which we had put out of reach so we could ration out candy to him) and was just sorting it and eating in the family room! I guess that was a surprise alright.

Upon feeling he needed to explain things further, Zack held up a small bag of M&Ms and said "I was feeling a little sick, but these M&Ms will make me feel better"
Posted by Andy at 9:39 PM No comments: