Wow, what a time we had. With mom out of town for work, the weekend belonged to the boys! Some of the highlights included:
Library! We went to the mountain view public library and had a blast in the children's section. there were all sorts of puzzles that captivated Zack's attention for nearly an hour. Oh, and we looked at some books too.

FireStation! a saturday visit the the fire station to look at the fire engines. Zack was playing with his toy fire trucks so much and making siren sounds that I thought he should see the real thing. The firemen were SO nice, that they let him sit in the passenger and driver seat, and even got to go on a ride in the fire engine! Zack sat on my lap as a fireman drove the engine out of the building and around back to re-park it. So much fun.

Play! He has even shown more interest in chasing and wrestling with the neighborhood boys who are under 10. Zack really enjoys being thrown up into the air, but I'm wondering how much longer I can continue to do that as he approaches 30 pounds.

Drums! I've put him on my lap a few times while sitting at my drumset to see how he likes hitting the drums with sticks, but this weekend he sat alone on the drum stool and then banged on the drums and cymbals for quite a long time. He seems to have some rhythm, but i could just be projecting on him. :-)

Puppets! And to close out the weekend, to try and calm him before bed, I played with some dinosaur puppets, and this time he wanted to participate. He pulled out a regular stuffed dog and tried to find out where to put his hand, I instead gave him another puppet and put it over his hand (and arm). When I said "hello" to him with one of my puppets, he paused, seemed to think, and then said "hi" while moving his puppet. It was quite funny, however the puppets wouldn't remain on his arm for very long.
Posted by Andy at 10:42 AM 2 comments: 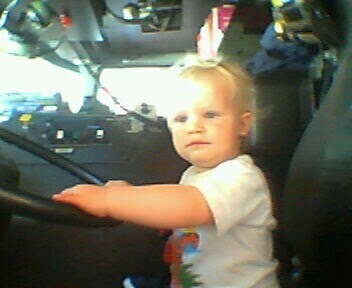 A Picture Share!, originally uploaded by Drumbone.
Posted by Andy at 4:50 PM No comments: 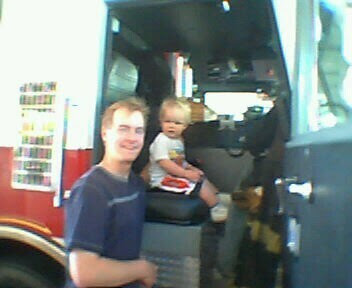 A Picture Share!, originally uploaded by Drumbone.
Posted by Andy at 4:49 PM No comments: 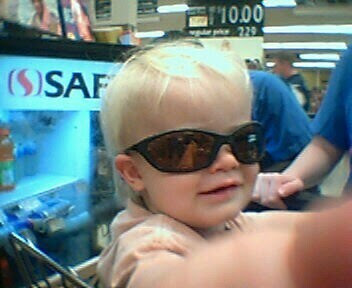 A Picture Share!, originally uploaded by Drumbone.
Posted by Andy at 9:10 AM No comments:

First Toy in the Toilet

Fortunately the toilet was clean and Zack didn't flush. But I'll bet the driver of that Matchbox car never saw it coming...

Also, Zack hasn't started flushing toilets yet. I've been careful not to have him see me do it. Plus it requires a bit more leverage. However, future toys may not be so lucky...
Posted by Andy at 5:40 PM No comments:

Wow, I sure am not regular with these postings. We have a new member to the family, Tobey, who is pictured below. Tobey is 6 months old and has integrated into the family without missing a step. Zack has been very sharp with words but continues to reverse the consonants saying "Bo-Tey" with much enthusiasm.

Also, recently Zack had a teeth explosion, getting 4 teeth in a day. We've had unconfirmed reports from daycare that he has said his first complete sentence, but I'm not counting that yet, although he is saying alot of two-word sentences. "Yummy Eat" and "Happy Bo-Tey"
Posted by Andy at 3:42 PM No comments: 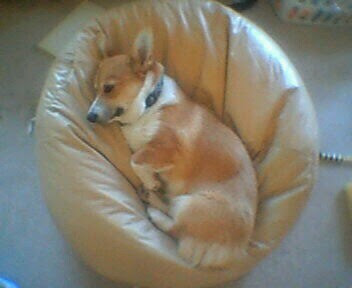 A Picture Share!, originally uploaded by Drumbone.
Posted by Andy at 2:13 PM No comments: